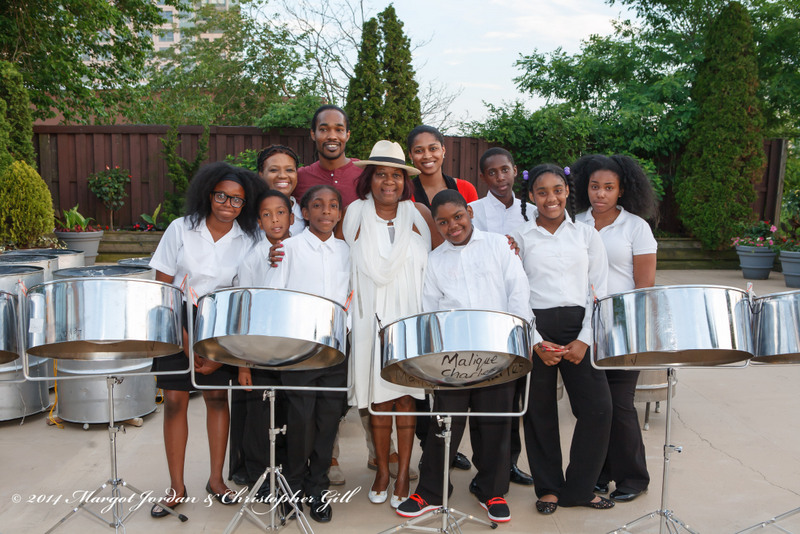 Rev. Dr. Valerie Oliver-Durrah, center, with members of Sesame Fliers International, a youth organization she has mentored for many years.

Rev. Dr. Valerie Oliver-Durrah, often referred to as a gifted and creative thinker, has made a career of philanthropic advisement, non-profit management, communication strategist and an innovative human architect who fosters unique partnerships involving a wide variety of diverse ethnic populations and organizations.  As Founder, President and Chief Executive Officer of the Neighborhood Technical Assistance Clinic (NTAC), she utilizes a well-developed, executive skill set in support of organizations and leaders who seek to address the needs of underserved people and communities.  Adept at helping grassroots service providers develop effective programs and navigate the challenging terrain of human, fund, and resource development, Dr. Oliver-Durrah has aided hundreds of organizations in securing the economic and technical resources they need to flourish in difficult economic times. Dr. Valerie Oliver Durrah has led and fulfilled many philanthropic missions across the globe.

Having championed the causes of nonprofits and grassroots organizations in New York City for over 35 years, Dr. Oliver-Durrah has received formal recognition from hundreds of non-profit organizations, religious organizations, community leaders, government officials, and faith-based institutions for her exceptional leadership.  As a 2013 Brooklyn Black History Maker recipient, presented by Brooklyn Borough President Marty Markowitz, Marty made a short, but strong comment about Valerie.  He said . . . “All roads lead to Valerie.”  In September 2013, Brooklyn Borough President Eric Adams appointed Dr. Durrah to serve as Co-Chair of his Transition Team, along with former NYC Commissioner Peter Ashkenasy.  Eric Adams is the first African American to serve as President in the borough of Brooklyn’s history.

Known as a  bridge builder, connector, and as a motivational speaker, Rev. Dr. Valerie Oliver Durrah, an ordained minister, public theologian, and strategic philanthropist, has earned the trust of foundations and grant seekers alike, and is frequently called upon to lecture across the five boroughs of NYC, as well as throughout the Caribbean, West Indies.  Valerie Oliver-Durrah has provided consultation and technical assistance to individuals, teams, large groups, corporate entities, philanthropic leaders, and governmental agencies. Her detailed knowledge and acquaintance with many New Yorkers in general from so many diverse ethnic groups, neighborhoods and sectors make her an apt coach and an advisor for grassroots groups, government agencies, philanthropic individuals, businesses and new transitioning non-profit leaders who wish to invest in New York City’s nonprofits and the neighborhoods they serve.

Valerie Oliver-Durrah is the first African-American elected trustee on the Board of the Brooklyn Historical Society, where she has served over 30 years. At a historic moment in the life of Bedford Stuyvesant, Dr. Durrah led the Invocation for renaming her block, Jackie Robinson Way, where Jackie Robinson and his family once lived.

Dr. Durrah was ordained as a Minister under the credentialization authority of the Conference of International Charismatic Ministries.  She received a B.S. degree from Tennessee State University in Memphis, Tennessee; a M.Ed. degree from the University of Memphis in Memphis, Tennessee, and a D.Min. Degree from the New York Theological Seminary in New York City.  Reverend Dr. Valerie Oliver-Durrah is committed to serving and building the capacity of Black Clergy women, ministers, and concerned leaders serving women and girls both throughout the USA and worldwide.

As a non-Caribbean person, Dr. Durrah’s work and ministry in the Caribbean has been unsurpassed.  Just to name a few: She has served the poor, elderly people at The Fiennes Institute, along with Governor-General Dame Louise Lake-Tack of Antigua & Barbuda.  She has worked under the Ministry of Homeland Security, by providing training and supporting St. Kitts/Nevis Fire Chief and their youth development program, and positioning The Caines Family Foundation to be the first family foundation supporting the Ministry of Health to address diabetes, as well as promoting quality education and business development in St. Kitts/Nevis. Dr. Durrah serves as an Ambassador and a TA Provider for the Negril Education Environment Trust (NEET), under the leadership of Chairman Emeritus, Mr. Winston Wellington. NEET builds up the lives of young people from Negril.

Valerie Oliver-Durrah resides in the historical section of Bedford Stuyvesant, Brooklyn with her husband James C. Durrah. They are the proud parents of their adult children —- Brooke Remel Oliver-Durrah and William Oliver-Durrah.